Sites of the Reformation

Sites of the Reformation in Rodachtal

The construction, which began in 1502 during Catholic times, was completed around 1536/37 as a Protestant church with pulpit and font. Friedrich Schwalb, who studied in Wittenberg around 1515, was appointed evangelical pastor here in 1528.

As the author of the “Casimirianium Church Order”, he had a major influence on religious life in his time. 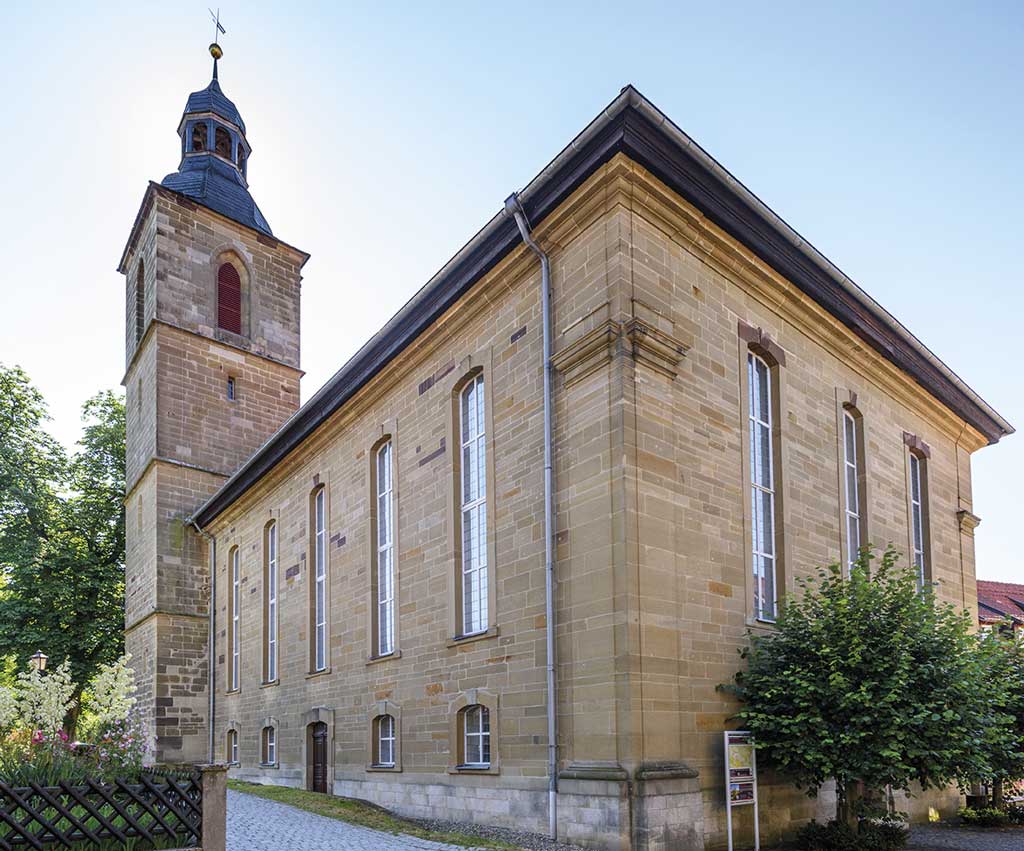 The Protestant estates of the Empire met in the presbytery on 7 and 8 June 1529, in order to ensure mutual support in disputes with the Catholic empire after the Diet in Speyer.
The “Rodach Valediction” is considered to be an important basis for the “Schmalkaldic League” of 1531. 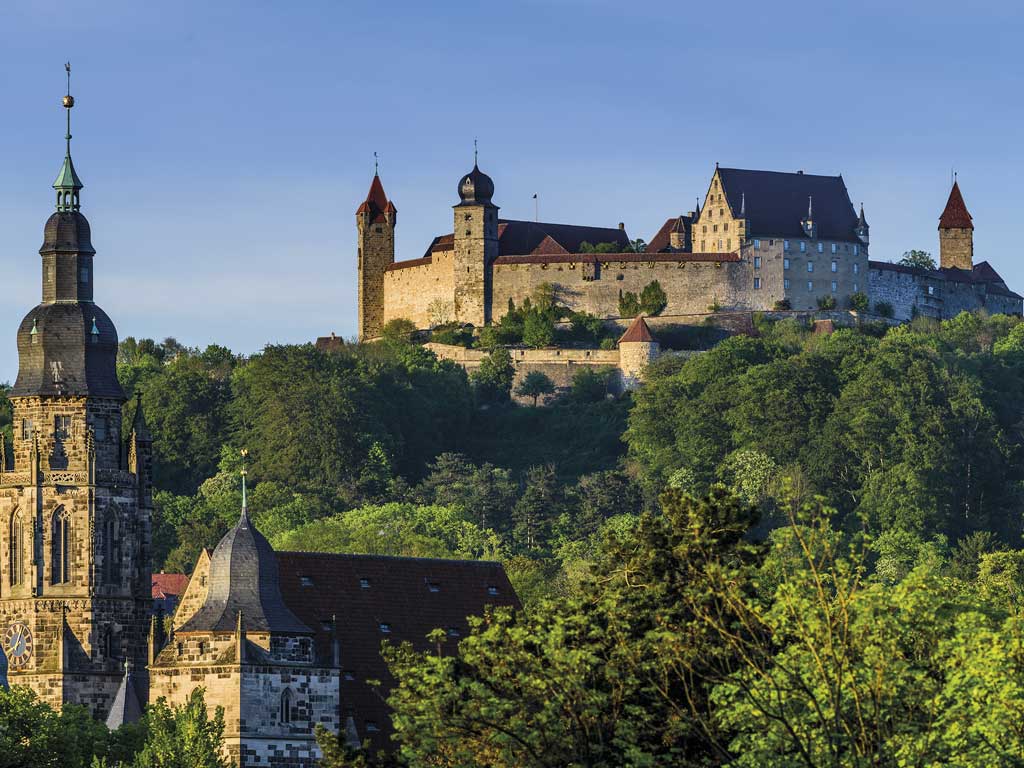 Martin Luther lived here under the protection of the Saxon Electoral castle for five and a half months, in 1530.

He played a part in the events of the Diet of Augsburg, authored significant programmatic works and translated parts of the Old Testament. The Veste, with Luther’s rooms, is still an authentic place in memory of Luther. The art collections include portraits of Luther by Lucas Cranach the Elder and the famous “Hedwig glass” that was once in the possession of the Reformer. 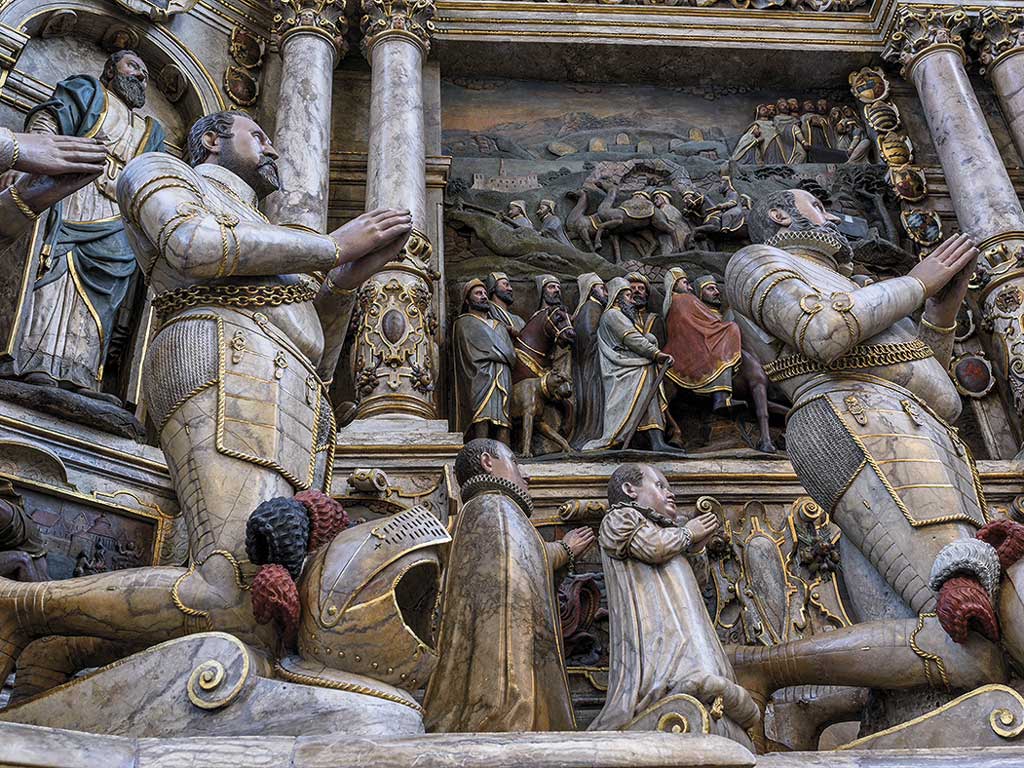 Coburg’s oldest parish church goes back to a previous Romanesque building. During his stay in April 1530, Martin Luther delivered sermons here seven times, before the elector, his entourage and the citizens of Coburg. The large, alabaster epitaph for Duke Johann Frederick II is a particularly impressive work of art characterised by Lutheran thinking.

Duke Johann Casimir had it carved from 1595-98 by Thuringian sculptor Nikolaus Bergner.

Town and themed guided tours (also in costume). In the footsteps of Martin Luther and many more. 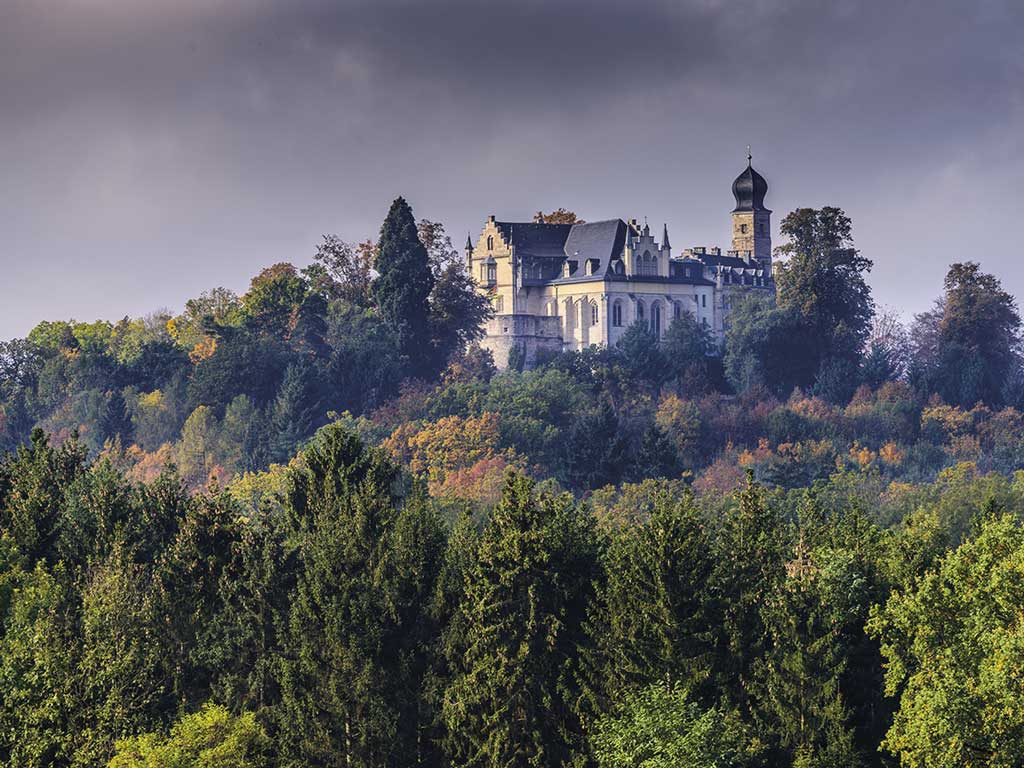 This was where Knight Hans von Sternberg lived, a close friend of Martin Luther. As a supporter of the Reformation, he was responsible for monitoring the realisation of Reformational beliefs in Coburg. Under Duke Johann Casimir of Saxony-Coburg, the castle church was the first church in the region to be built according to Protestant standards, such as pulpit altar, font and surrounding gallery, from 1610-18.

Town and themed guided tours (also in costume). In the footsteps of Martin Luther and many more. 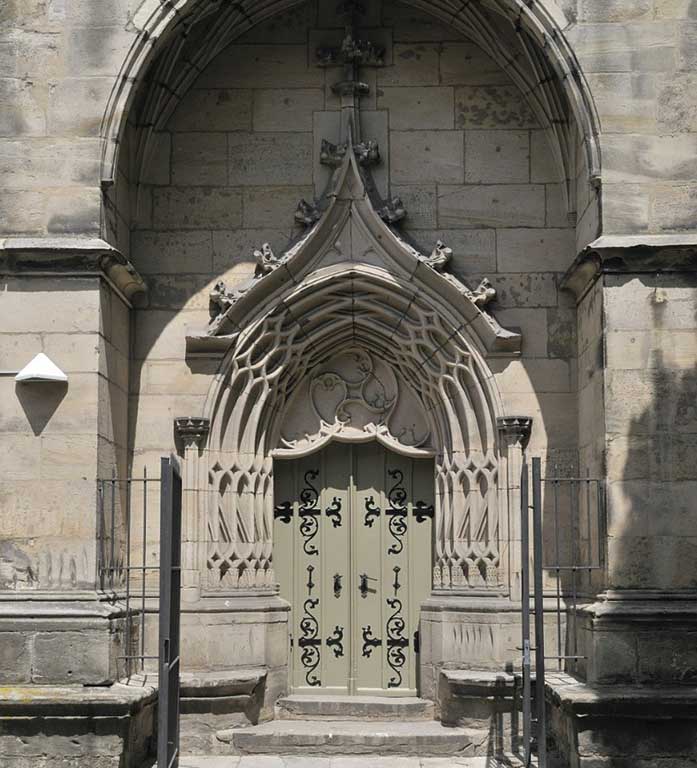 Eisfeld · Dreifaltigkeitskirche (Church of the Holy Trinity) and the ruined Gottesackerkirche St. Salvator

An epitaph at the entrance to the ruins at St. Salvator recalls the life and works of Justus Jonas, a close companion of Martin Luther. He had his last appointment as pastor and superintendent in Eisfeld, in 1553. The lawyer, humanist, hymn writer and Reformer died here on 9 October 1555. He translated into German many Latin writings by Martin Luther and Philipp Melanchthon. 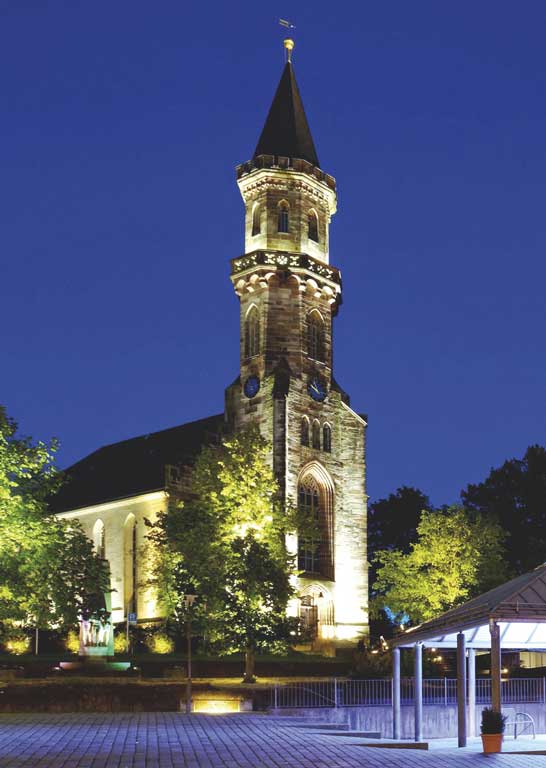 Before Martin Luther stayed in Coburg on the way to the Augsburg Diet, he delivered a sermon on Good Friday, in 1530, in the Neustadt parish church of St. Georg. 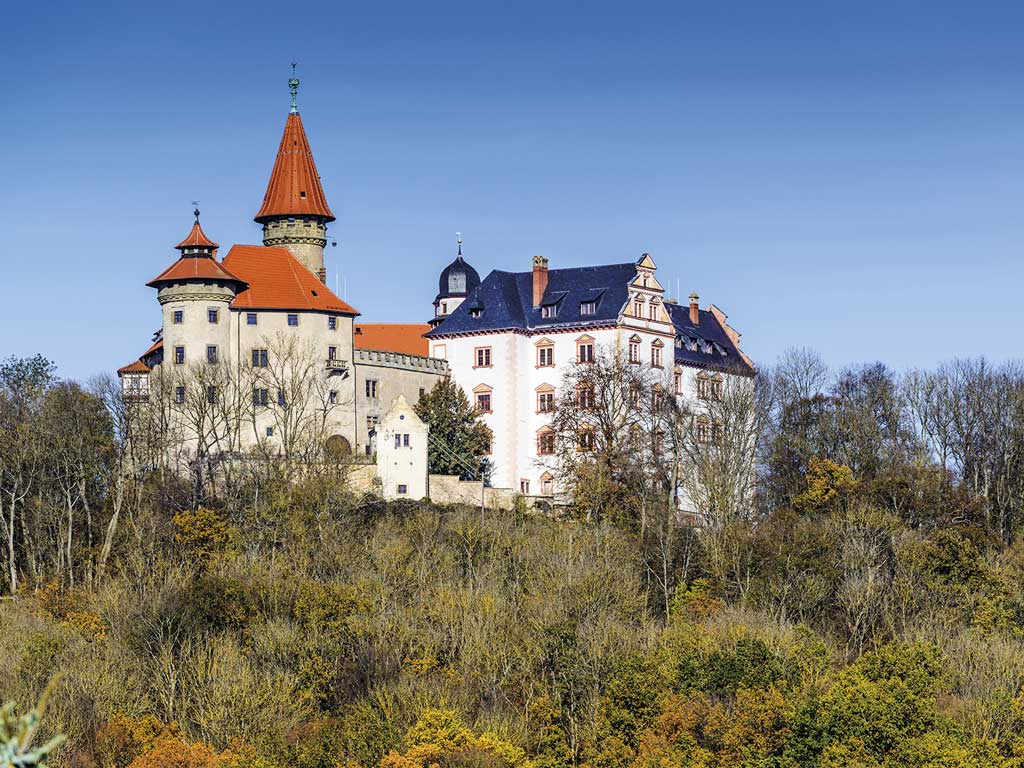 Duke Johann Frederick II had the “French” building constructed by his court architect, Nicolaus Gromann, in renaissance style, from 1561 to 1564.

The two magnificent bay windows, two chimneys and the portals in the ducal residential castle were given rich, sculpted stone features.

Other historical tours in Rodachtal 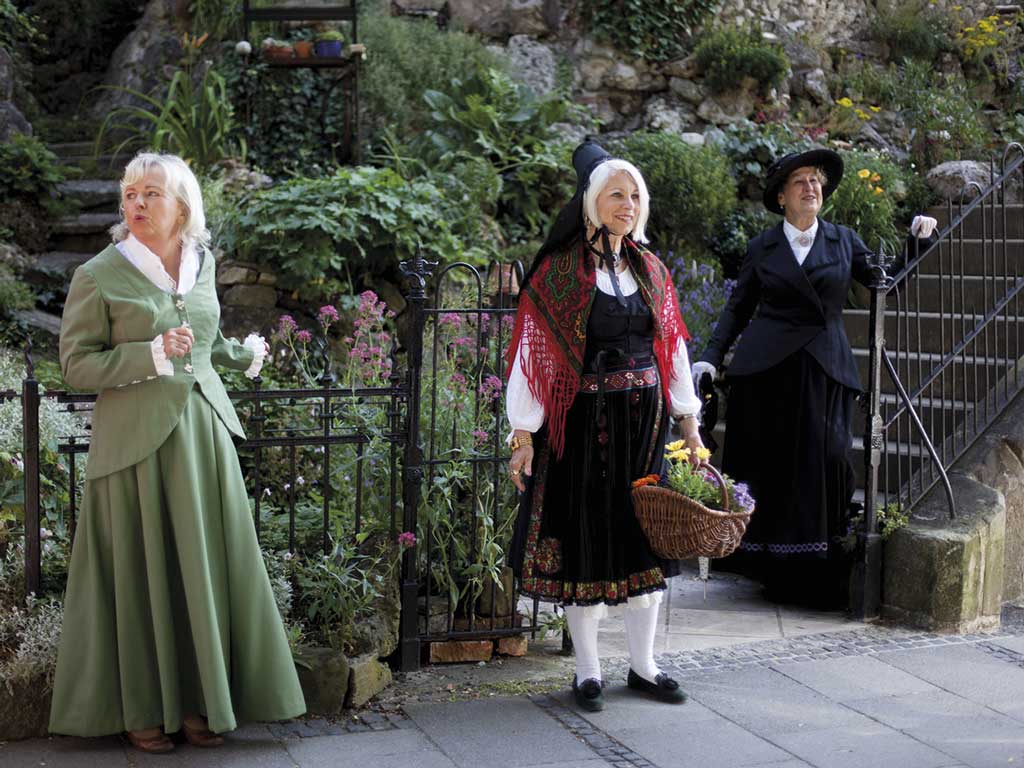 Guided tours of the town, by day and night (also in medieval costume) with taster in the local brewery